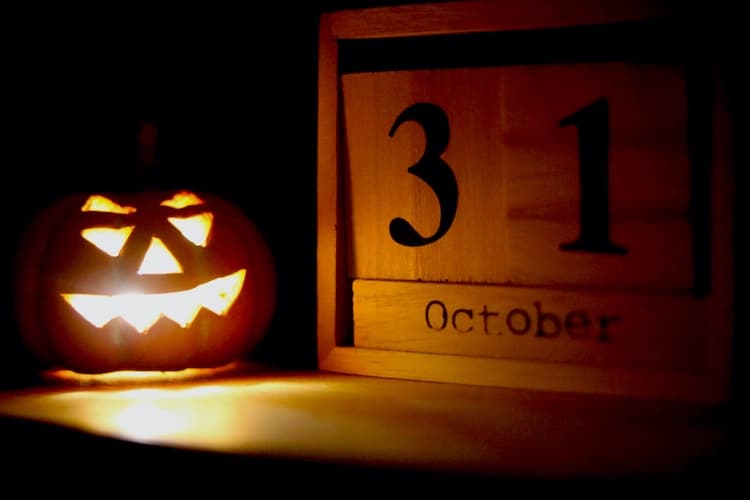 We know that Halloween takes place on the last day of October, but what is Halloween? It’s a simple question that you’ve been able to answer since you were old enough to go trick-or-treating…or is it? After all, it wasn’t always about candy and pumpkins. Most people don’t know the true origins of this holiday. Why we celebrate Halloween? What does it mean?….

Don’t worry, we at North Pole Star have the answer to all these questions. In this article, we will try to discuss and answer most of the Halloween questions that you might have in hope that it’ll make your celebrations even more meaningful. 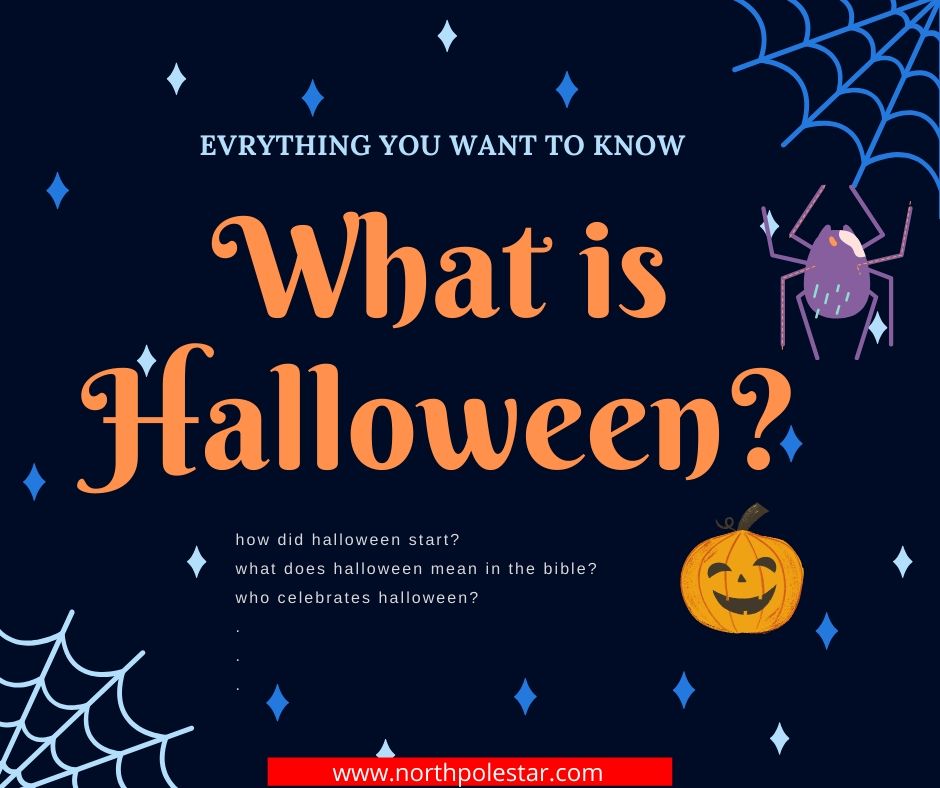 Halloween is the spookiest night of the year

All the things you want to know about HALLOWEEN

Halloween is a holiday celebrated each year on October 31. The origin of Halloween began over 1900 years ago in England, Ireland, and Northern France. The word itself literally means hallowed evening. basically, Halloween is just an old-fashioned way of saying “the night before All Saints’ Day”, also called Hallowmas or All Hallows’ Day. The tradition originated with the ancient Celtic festival of Samhain when people would light bonfires and wear costumes to ward off ghosts. Samhain is a Gaelic festival marking the end of the harvest season and the beginning of winter or the “darker half” of the year (according to history.com). Traditionally, it is celebrated from 31 October to 1 November, as the Celtic day began and ended at sunset. This is about halfway between the autumn equinox and the winter solstice.

The ancient Celts worshipped nature and believed in the spirit world. They believed that on this day the boundary between this world and the next became especially thin, meaning that ghosts from beyond could visit the living and monsters could find their way into people’s houses. This belief is shared by some other cultures too! A similar idea is mentioned around the Jewish holiday of Yom Kippur, which also typically occurs in October and involves saying prayers for the dead. Those celebrating aimed to ward off as much evil as possible and they believed by dressing up as monsters, they would not be kidnapped or consumed by actual monsters.

How did Halloween start and why?

A lot of these customs date back centuries. The holiday has changed over time, transforming from an ancient tradition to the flashy fright-fest we know today.

Celtic priests started the holiday with a bonfire to welcome the spirits back to our world. During this solemn ceremony, they burned crops and animals as sacrifices to the god. People would make offerings of food in order to get on the good side of these spirits and departed ancestors, according to the Mirror. During the night all fires except the sacrificial one to Samhain were extinguished. The Vigil of Samhain, as it was called, would keep the sacrificial fire on through the night and the next day embers from this fire would be used to light the fire in each household.

People would wear masks or other disguises and blacken their faces to try and pass unnoticed by the spirits. This originated from the belief that ghosts or spirits can not see their own reflection. therefore, if a demon saw another creature looking horrible, they would run away in terror.

What does Halloween mean in the Bible?

Halloween is mostly a western custom and it has no direct reference in the Bible. However, there are Biblical principles that directly relate to the celebration of Halloween.

Halloween is one of the oldest holidays. Although it stems from religious beliefs, it is still celebrated today by many people of different religions. Halloween is celebrated differently around the world and not all countries celebrate Halloween. Many countries have different names for the celebration and do not celebrate on October 31st, for example, Mexico and other Latin American countries celebrate Día de Los Muertos, which is the Day of the Dead. The celebration lasts three days, from October 31st to November 2nd, and is designed to honor the dead. Brazilians also celebrate Finados (Day of the Dead). Bolivia has the Day of the Skulls (Día de los Natitas). The top ten Halloween celebrating countries are:
1. United States of America
2. Ireland
3. Canada
4. England
5. Mexico
6. Sweden
7. Austria
8. Belgium
9. Germany
10.Netherlands

Who is the God of Halloween? 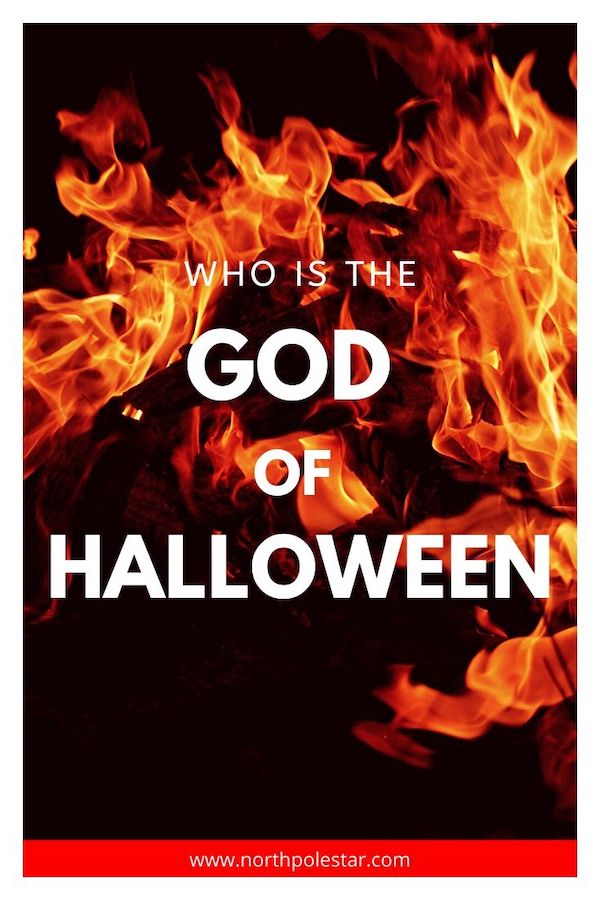 Samhain was known in Ireland as the “Lord of Darkness”. The Druid religion was practiced by ancient Celtic tribes that populated Ireland and parts of Europe. This religion worshipped Samhain. Some writings also speak of Samhain as the “Lord of the Dead”. But, today’s scholars suggest that this is incorrect. Samhain isn’t a God at all, the idea of Samhain being a God was based on false, inaccurate scholarship.

Why do we carve pumpkins?

Their origin comes from an Irish myth about Stingy Jack, who tricked the Devil for his own monetary gain. When he died, God didn’t allow him into heaven, also the Devil didn’t let him into hell, so he was sentenced to roam the earth for eternity. In Ireland, people started to carve devilish faces from turnips to frighten away Jack’s wandering soul. The name “jack-o’-lantern” is British in origin and dates back to the 17th century, when it literally meant “man with a lantern” (i.e., a night watchman). By the late 1800s, people were applying the name “jack-o’-lantern” to a homemade object more commonly known before that as a “turnip lantern,” When Irish immigrants moved to the U.S., they started carving jack-o’-lanterns from pumpkins, as these were native to the region. It wasn’t until the mid-to-late 19th century that pumpkin carving was an established Halloween tradition.

Trick-or-treating is a Halloween ritual custom for children and adults. Children in costumes go from house to house, asking for treats with the phrase “Trick or treat”. The “treat” is some form of candy, although in some cultures money is used instead. The “trick” refers to a threat, usually idle, to perform mischief on the homeowners or their property if no treat is given. Some homeowners signal that they are willing to hand out treats by putting up Halloween decorations outside their doors; others leave treats available on their porches for the children to take freely. Trick-or-treating usually occurs on the evening of October 31.

Who invented Trick or treating?

Most of us think trick or treating is an American tradition, which didn’t become popular in Britain until the 1980s. But the reality is that Trick or treating dates back to 9th century Celtic times. It’s believed that trick or treating evolved from a ritual where people dressed as ghosts and demons, performed dances around a bonfire and received food to appease the evil spirits. When Christianity spread into Britain, a new practice called souling developed. Poor People would visit houses and take soul-cakes, either as representatives of the dead or in return for praying for their souls. In Scotland and Ireland, young people would visit their neighbors’ houses and sing a song or perform some sort of ‘trick’ before receiving a treat of nuts, fruit or coins.

Why do people wear masks at Halloween?

This site uses Akismet to reduce spam. Learn how your comment data is processed. 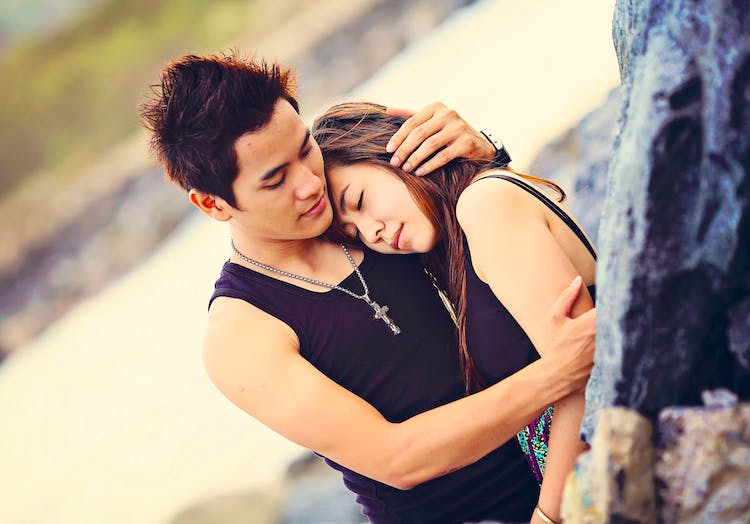 Valentine is a different celebration than any other celebration. Valentine's gift is different from other gifts because unlike other... read more 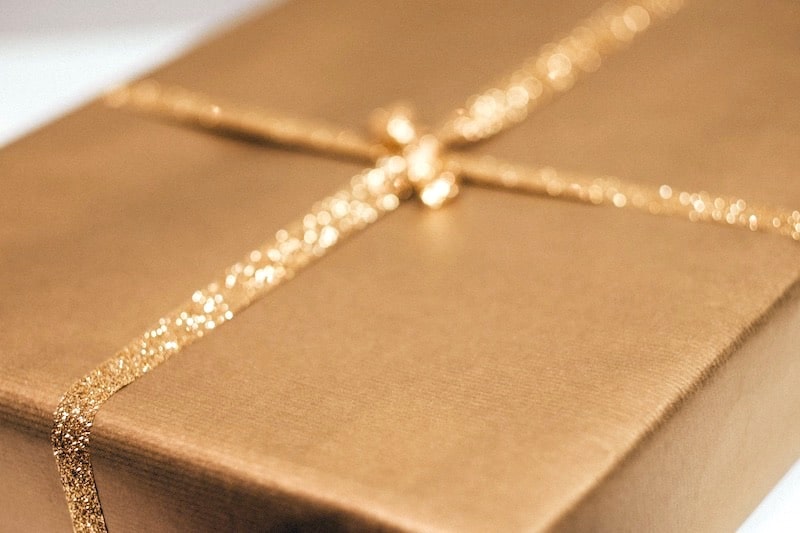 One of the most important things you can do to strengthen your relationship is to give a gift. But... read more 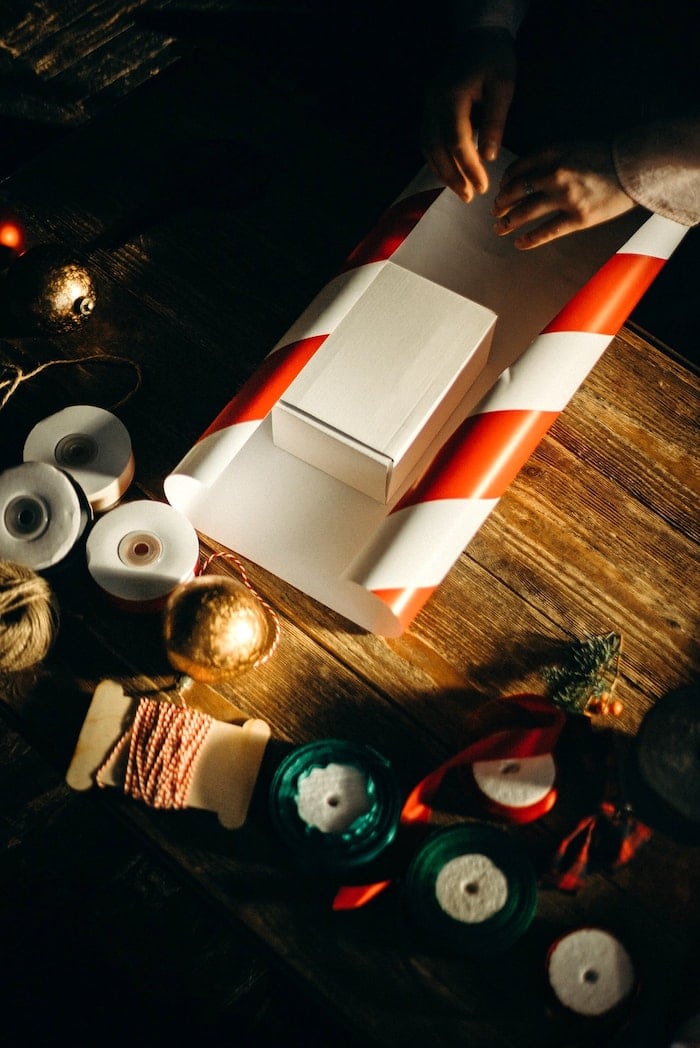 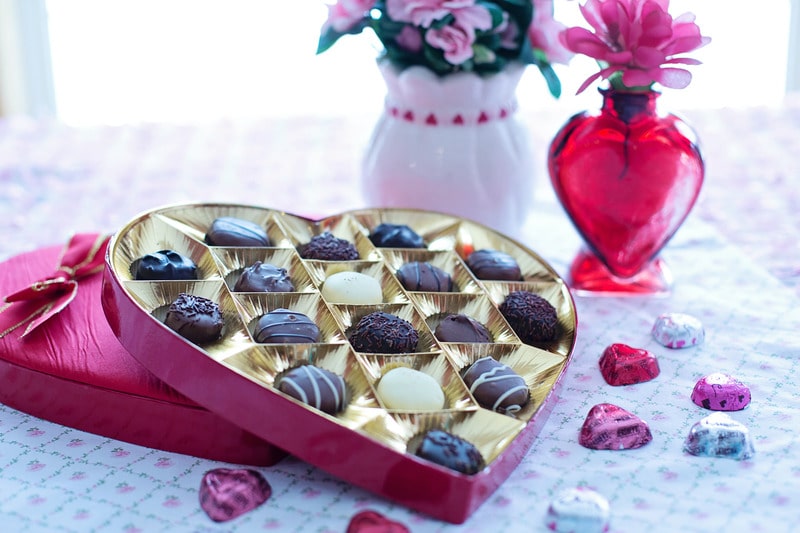 Whether you love it or hate it, Valentine's Day is just around the corner, You can do so much... read more 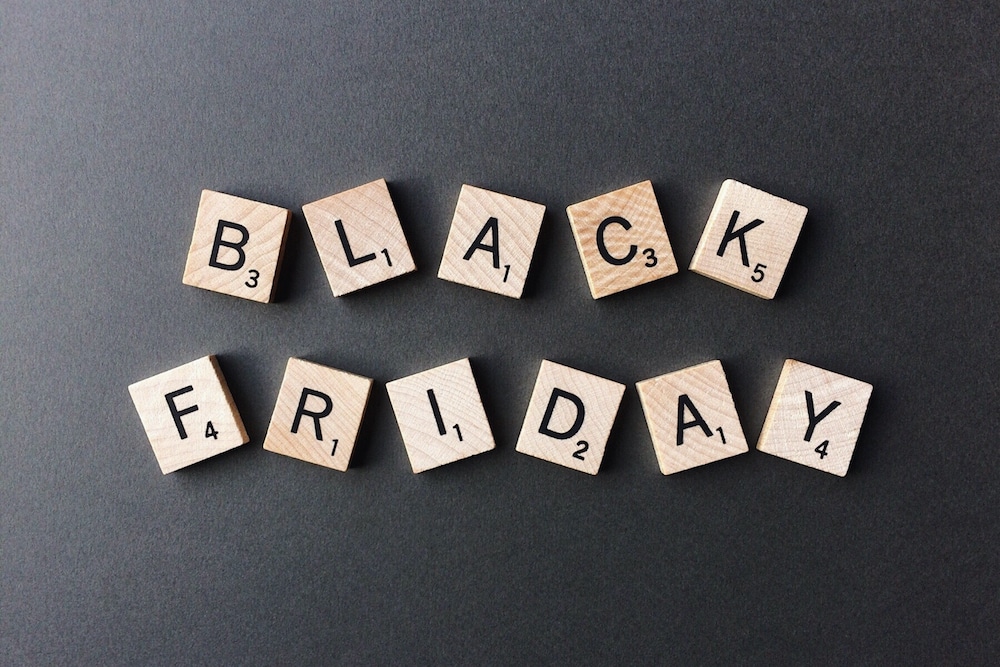 Does Apple have discounts on Black Friday? As Black Friday approaches, it’s only logical to assume that the steep discounts... read more 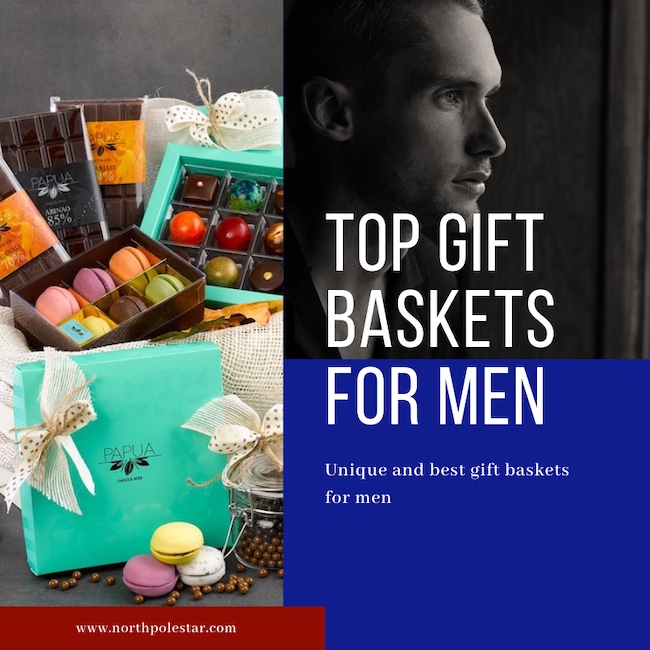 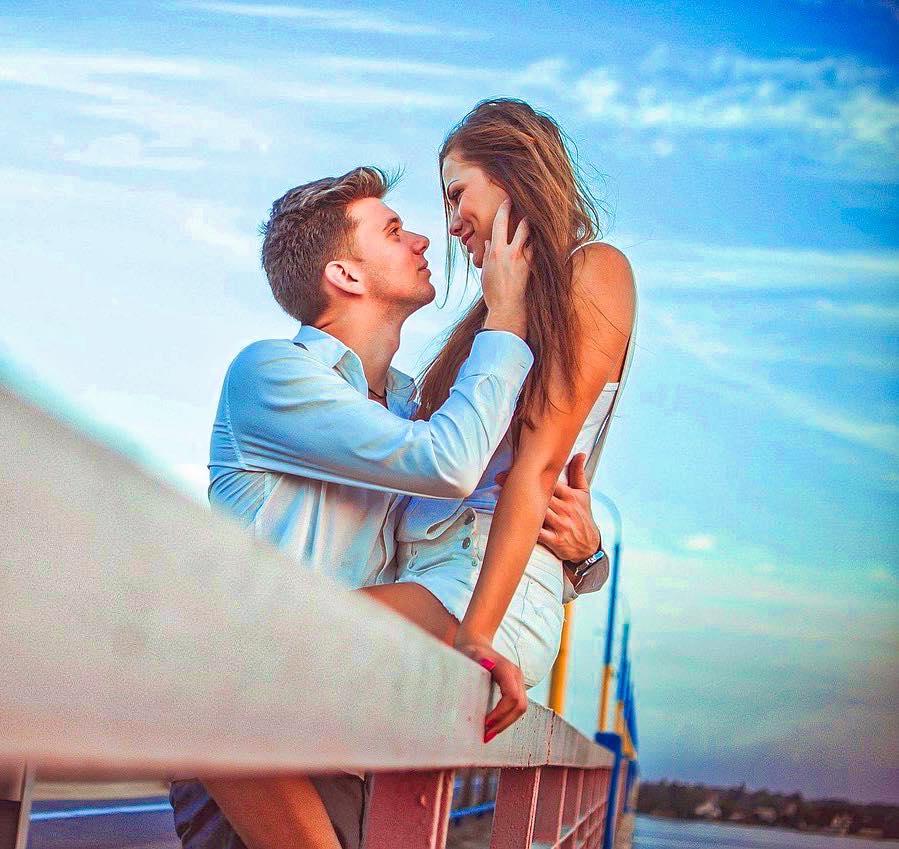 What should I get for my girlfriend so she feels special and loved? So you have a girlfriend! Yay! Getting... read more 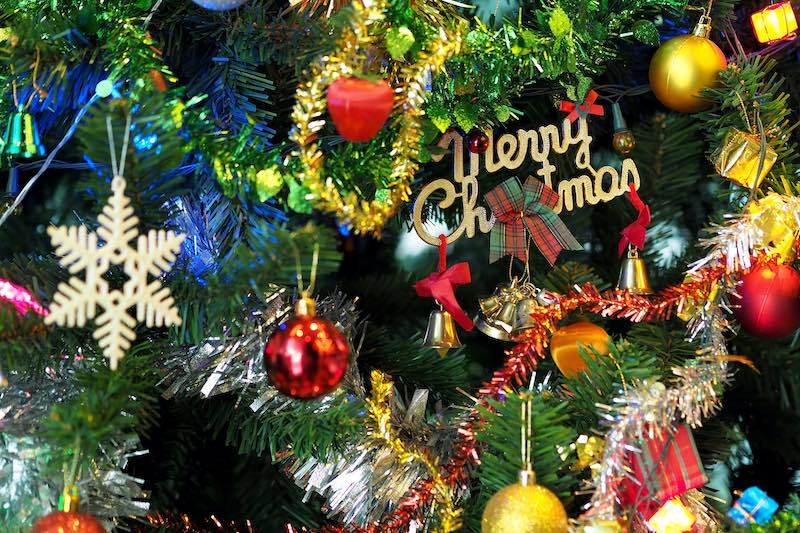 Christmas has become a truly American holiday. Many people in the United States celebrate the holiday. In the United... read more 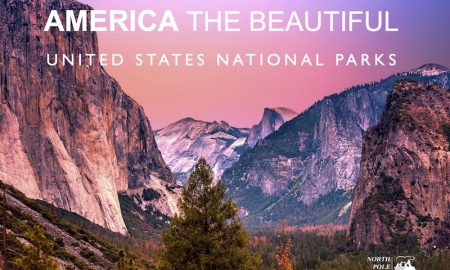 The United States has 63 national parks, which are Congressionally-designated protected areas operated by the National Park Service. Thirty... read more 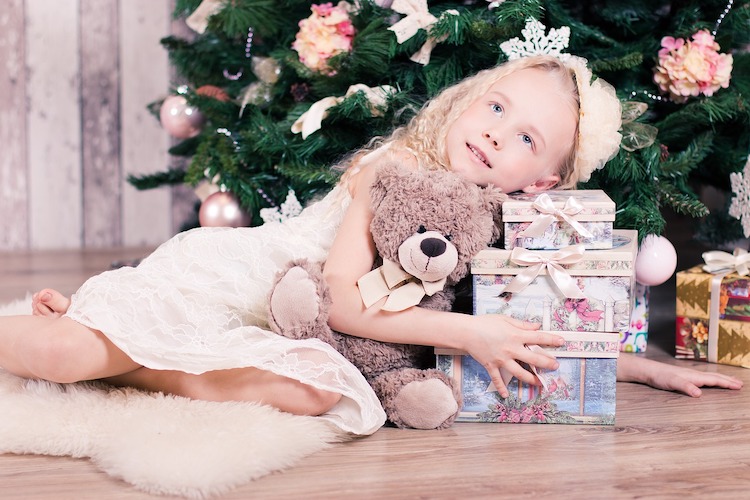 It is always fun for kids to get together on different occasions. Kids love to play and eat delicious... read more